Unlock the magic of Kerry and enjoy a free treat on us with the exclusive Kerry On Us hotel and activity packages.

With a rich history, delicious food, and unique wildlife, Kerry offers experiences for any traveller. Learn what makes Kerry the best, and start planning your next trip.

Kerry faces the Atlantic Ocean and, typically for an Atlantic coastal region, features many peninsulas and inlets. The county is bounded on the west by the Atlantic Ocean and on the north by the River Shannon. The Ring of Kerry on the Iveragh Peninsula is a popular route for tourists and cyclists. The pedestrian version is the scenic Kerry Way which follows ancient paths generally higher than that adopted by the Ring of Kerry.

Kerry contains two of the three highest mountains in Ireland, Carrauntoohil, part of the Macgillycuddy’s Reeks range and Mount Brandon, part of the Slieve Mish range.

The Lakes of Killarney are a celebrated Kerry landmark, and have been renowned for their beauty for centuries. They consist of three lakes all within the Killarney National Park – Lough Leane, Muckross Lake also known as the Middle Lake and Upper Lake as situated near Killarney, County Kerry. The area around the lakes itself is rich in both natural and cultural history.

Just off Kerry’s coast are a number of Islands , including the Blasket Islands, Valentia Island and the Skelligs. Skellig Michael is a World Heritage Site, famous for the medieval monastery clinging to the island’s cliffs. Kerry contains the extreme west point of Ireland Dunmore Head on the Dingle Peninsula, or including islands, Tearaght Island, part of the Blaskets. The most westerly inhabited area of Ireland is Dunquin, on the Dingle Peninsula. The River Feale, the River Laune and the Roughty River flow through Kerry, into the Atlantic.

The North Atlantic Current, part of the Gulf Stream, flows north by Kerry and the west coast of Ireland, resulting in milder temperatures than would otherwise be expected at the 52 North latitude. This means that subtropical plants such as the strawberry tree and tree ferns, not normally found in Northern Europe, thrive in the area. There are a number of gardens in the county, open to visitors

With one of the country's finest national parks as its backyard, the lively tourism hub of  Killarney spills over with colourful shops, restaurants and pubs loud with spirited trad music.

The Dingle Peninsula stretches 48kms into the Atlantic Ocean and is dotted with lovely villages that each offer their own unique sense of place. A place rich in tradition, literature and culture where native Gaelic (Irish language) propsers alongside modern languages. A place to relax and savor the scenery, the flora and fauna, the craft trails, the archeology, craft distillery and breweries.

Kerry's exquisite beauty makes it one of Ireland's most popular tourist destinations. But if you need to escape from the crowds, there's always a mountain pass, an isolated cove or an untrodden trail to discover.

Enjoy a free extra with your stay in Kerry

Find out more (Kerry On Us)

Explore The Kingdom With Rí 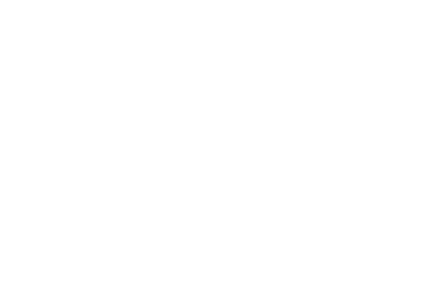 See all photos
Where we are